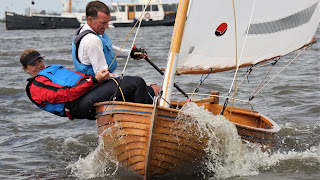 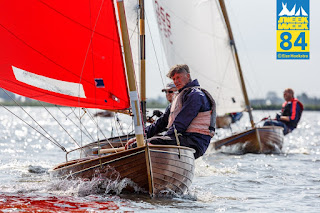 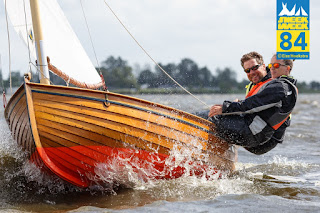 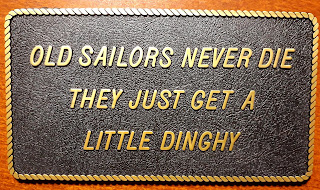 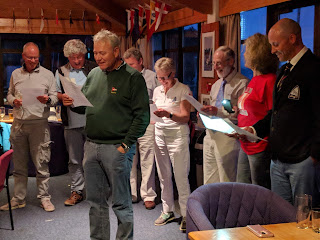 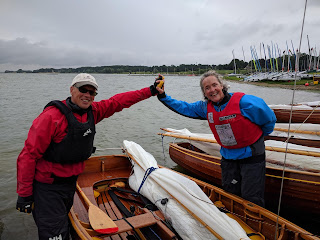 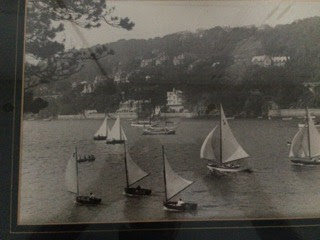 Last week we were in Salcombe and during a visit to the Yacht Club, I noticed a picture on the wall of a regatta type event. In the middle is a Sunbeam keelboat (v16) and in the lower left are 3 International 12s one of which appears to carry the insignia C1. I have emailed the Yacht Club to see if there is any more information or if anybody remembers the 12s. I think the picture was taken between 1924 (when V16 was built) and 1934 (when V16 was renumbered).

On a separate note, I had a call yesterday from a friend who has recently retired and moved to west Wales. He has taken a voluntary job in a small maritime museum in Pembroke which has just received a donation of an International 12 which belonged to a Mr Gaydon who actually raced in the 1928 Olympics (not in this boat). The boat was donated by Mr Gaydon's grandson and is believed to be numbered K8. The boat has been extensively modified including side decks and two sail rig (mast moved back). The grandson thinks the original rig still exists complete with two sails, one K8 and one K21. The intention is to return the boat to the original design. Apparently, the hull planking and centreboard case are in good shape.
I have sent my drawings to enable them to study the work involved and hope to visit them soon when I shall take some pictures and get more information. 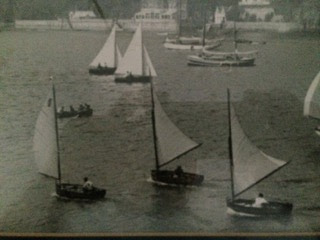 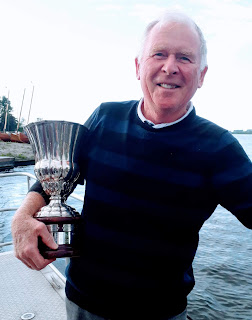