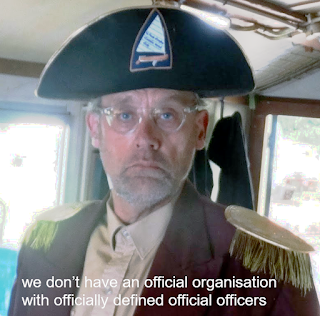 written by Bert Hamminga 8 of March 2021


Having sailed some racing classes for several entire seasons, some others incidentally, and having met sailors with experience in classes I never sailed, I tend to think there is something special in sailing the International 12 Friendship Series, and that something is why this has become my way to enjoy racing. What is it? Is it the total absence of nervous concentration and relaxed common joy while preparing for the race? Is it that falling short of right-of-way rules one apologizes and patiently bears any wit the victim manages to produce? Never a protest? No disappointed losers complaining about a skewed playfield due to differences in boat quality? That if wind requires more live weight, you join the race with two? Is it the recognition of sailors finishing in the fore-field with very old dinghies? The quality of jokes cracked and songs sung on the after-race parties? We all like to win, we all run to the news-board if results are said to hang. But joking that you want to “beat bloody Pieter Bleeker” does not go with low voice claims that his boat has illegal features that make it faster and what else you hear in more pretentious racing events. That is because we are no ape rock crammed with low intelligent ego’s, you know, the kinds that keep up their social ranking by barking like bloodhounds. This is also reflected in how we organise our races. Everybody can take an initiative and we don’t have an official organisation with officially defined official officers. We just have each other’s emails and phone numbers. And it works. Yes! That’s it. We are no longer an Olympic class, we are even kicked off the IYRU list in 1963 and we’re proud to still, half a century later, flourish. We love to win, but even more we love our old boats, that played such a glorious role in the history of racing. And we love our company. It may have been of help that we chose for international sailing. This attracts sailors interested to meet people different from their home neighbours, see venues different from their home race waters and not afraid to stutter and gesture in foreign speech, although I admit the Irish and the Frisians do not work enough on each other’s language. I hate to say that especially the Gaelic of the Frisians is as yet substandard. Nowadays many Frisians resist the use of Dutch, so they have enough spare time to learn a decent language. Hearing their own, you know they have the talent, so our future is bright!